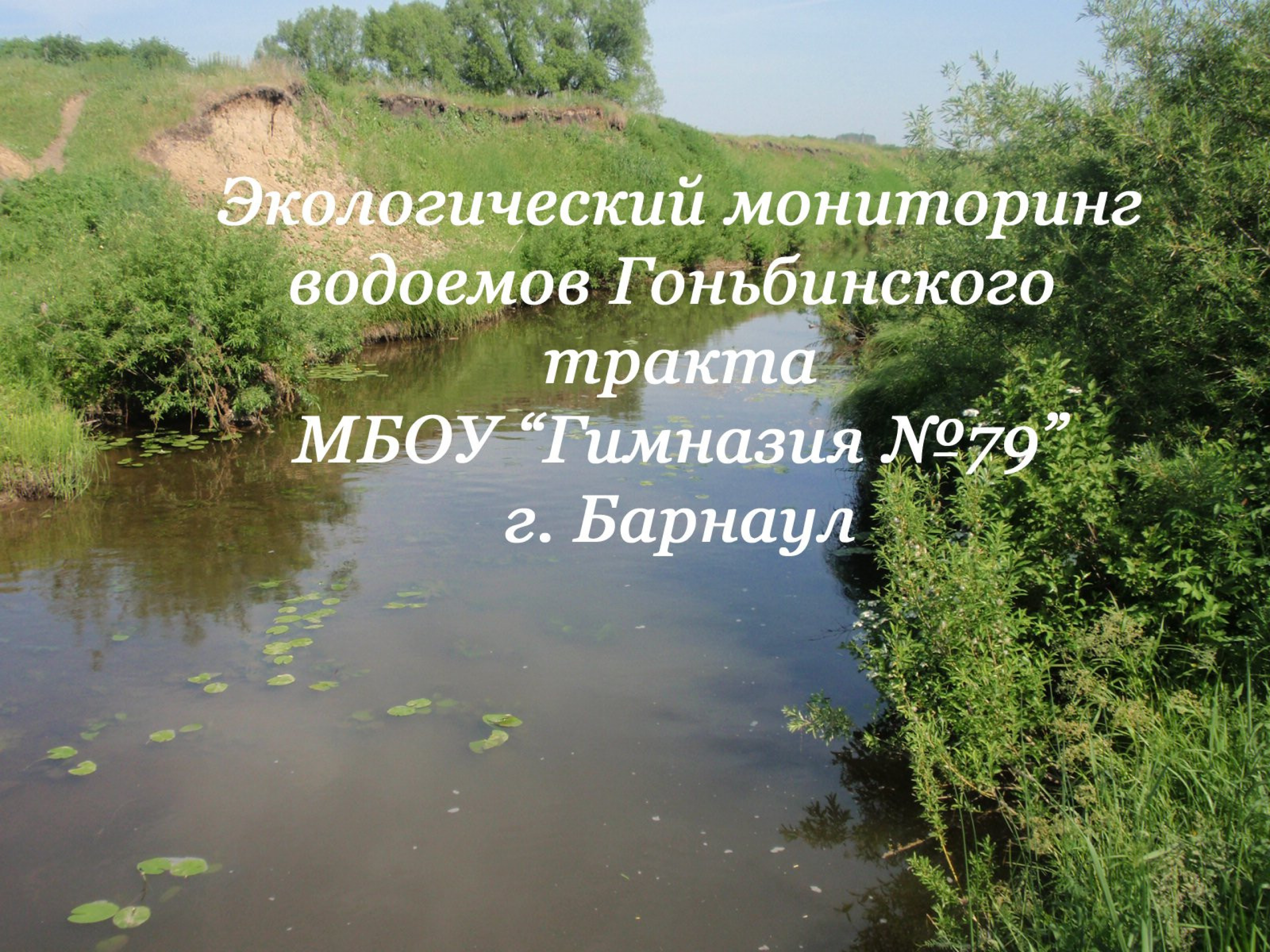 On both sides of Harbinskogo  tract  are water bodies – the lakes, ponds and small rivers, tributaries of the Obi.      the River Lapica – a small river, one of the many tributaries of the Ob  it occurs between the Scientific town and village of Chase. Lake carp and Pioneer  is located in the village Treasury of the village, near Harbinskogo tract and horticulture “Gasoline”.   Proximity to residential structures and quite frequent visits of tourists contribute to the pollution of both water and soil clogging-site waste. Is soil compaction,  air pollution, exhaust gases, water contamination due to washing vehicles, disturbance of natural vegetation and reducing species.

This was the development of this project. 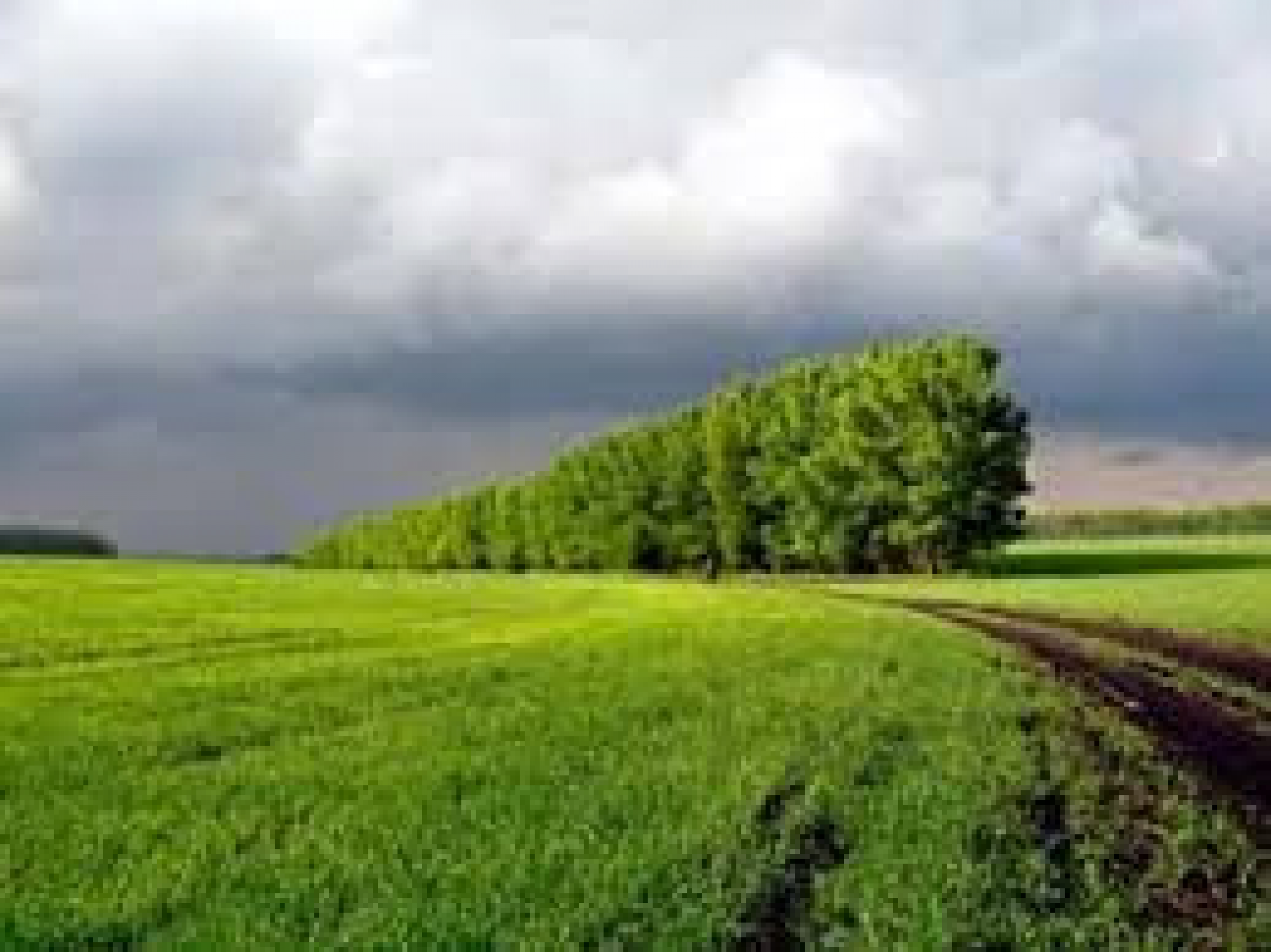 the Problem of erosion of steppe soil, soil pollution by zhiznedeyatelnosti person.

31 March 2020
Contests
Save belt forests of the Altai territory

the Forest – diversity of flora and fauna. The forest gives us –air, paper, herbs. The forest is a wonderful place to stay! But unfortunately, today in modern society, there is a global problem – the disappearance of relict pine forests.

Relic Bor – this is what we inherited from the ancient times.

Many thousands of years ago the ice had bound the plain between the Irtysh and the Ob.

the warming melt water rushed to the Arctic ocean, but the path was blocked by a glacier.

the Ancient course of the Ob is constantly changing: punching his way to the North.

Along its old river beds formed a small swamp, sweet and bitter-salty closed lake. Gradually hollows thickets, hardy pine, and the space between them steppe vegetation. Band Bor — a narrow, elongated strip of light coniferous forests in the steppe zone. The largest areas of relict pine forests located in Altai Krai, in the territory of the Kulunda plain and Priobskoe plateau.

The largest in extent – the Barnaul Altai belt Bor length (550 km). Starts in Barnaul, crosses Topchikhinsky, aleyskaya Novoivanovka, Novichikhinskoe, Yegoryevsk and Uglovka areas. Out on the territory of Kazakhstan, 40 km rests on the Irtysh river.

the flora and fauna are diverse, Among plants belt forest, dominated by pine. There are birch and aspen.

After a warm summer and autumn rains to grow edible mushrooms.

the Animal world is also not paleobasin. In the forest can be seen as large animals, so  small animals and birds.

I understand that the forest is what we inherited from the ancient times. We must do everything possible to preserve the forest with his animal world. Because wood gives us life!

the Aim of our work is the study of the ecosystem of the coast of the river Bobrovka, shoreline cleanup from cluttering and creation of ecological trails for the purpose of conducting environmental education and education of the inhabitants of the village of Bobrovka.

Based on this objective we set the following tasks:

1. To study literature about ecosystems of water protection forests of the Altai mountains.

2. To analyze the flora, fauna, soil, coast of the river Bobrovka on the territory of Bobrovsky reserve

3. Master the skills of conducting observations on the natural area, presentation of results, creation of herbarium

4. Learn how to analyze the observations, draw conclusions, draw results

the Relevance of our chosen theme that it had not previously conducted in the area, and forest river Bobrovka coast have high recreational load and creation of ecological trails help to reduce human impact. 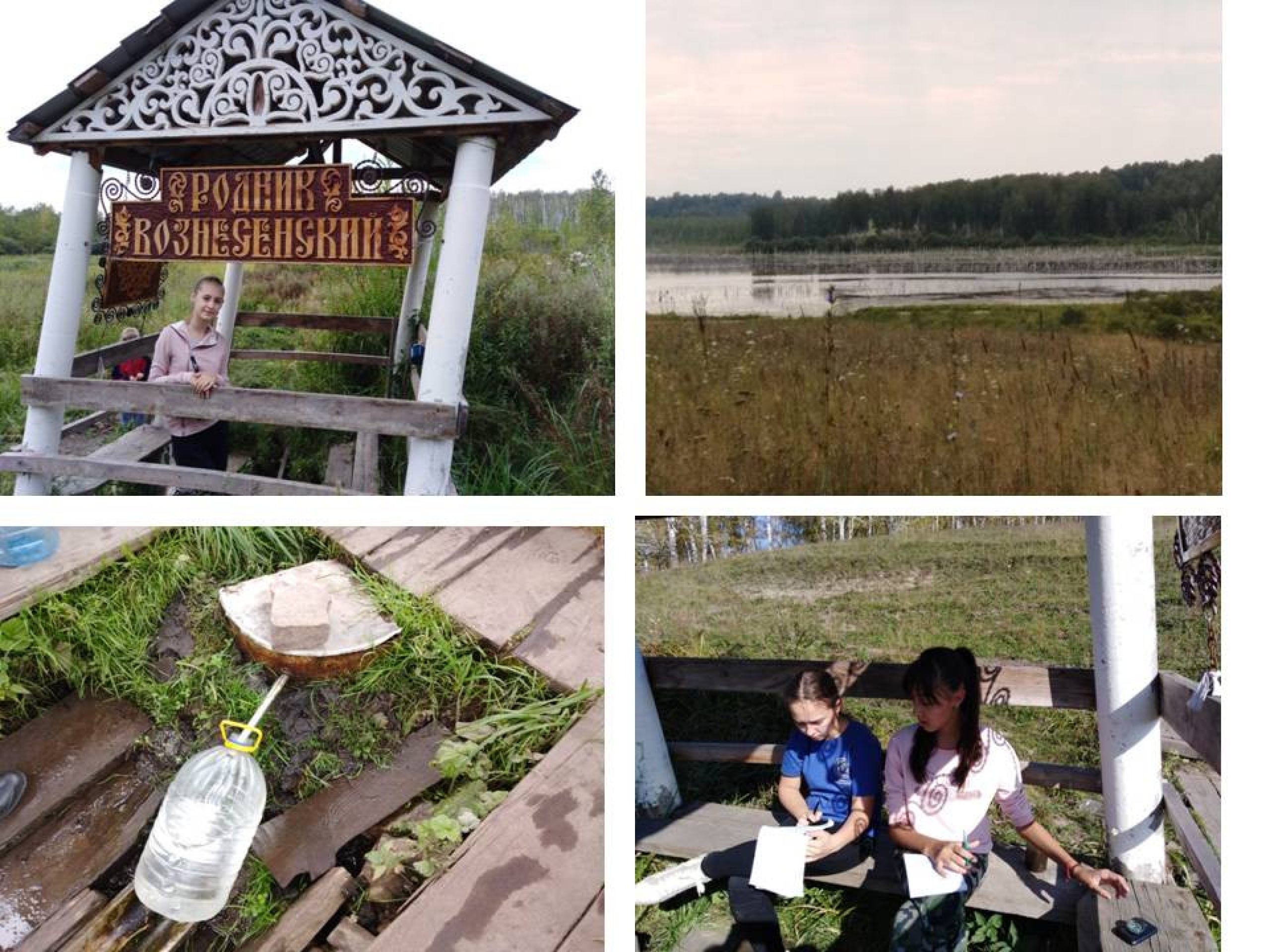 31 March 2020
Contests
A monitoring study of water quality of spring "ascension", as the source of the river Nalobikha of kosikhinskiy district.

the impact of location and study of the spring.

-monitoring the composition of spring water.

the study of the influence of the spring on the river  Nalobikha,as a valuable water bodies Kozihinskom district.

-the collection of material for further study.

Relevance - the quality of life and health depend on many factors, one of which – water quality. Using the available methods of investigation of water bodies, the students, in practice, can get an idea about the quality of spring  of water. Its impact on the river Nalobikha and biome of the area. 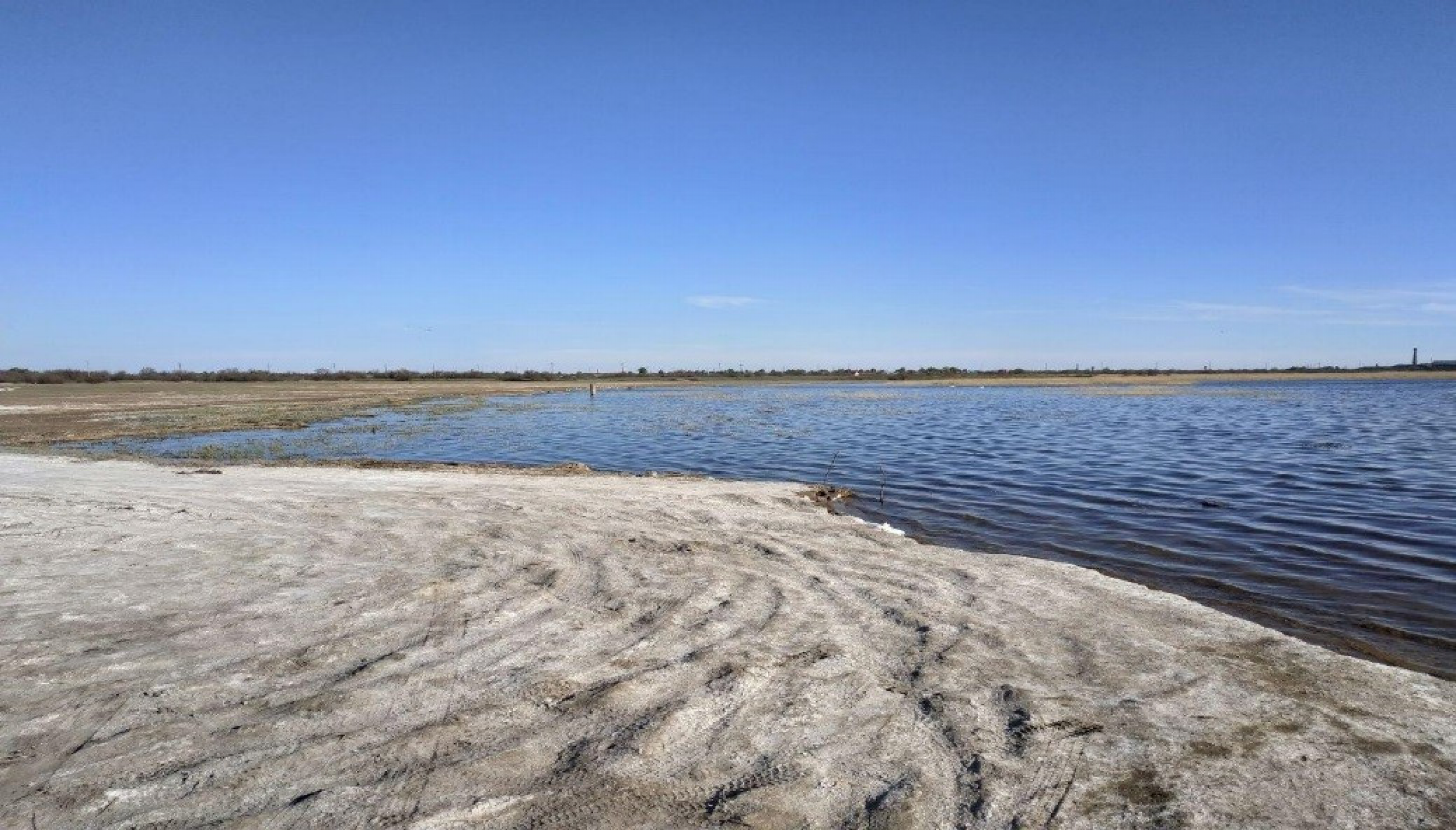 30 March 2020
Contests
The pollution of the lake Sikachi

In the course of the study lakes, we found and everything is okay?
How anthropogenic impacts affect the ecology and solutions. 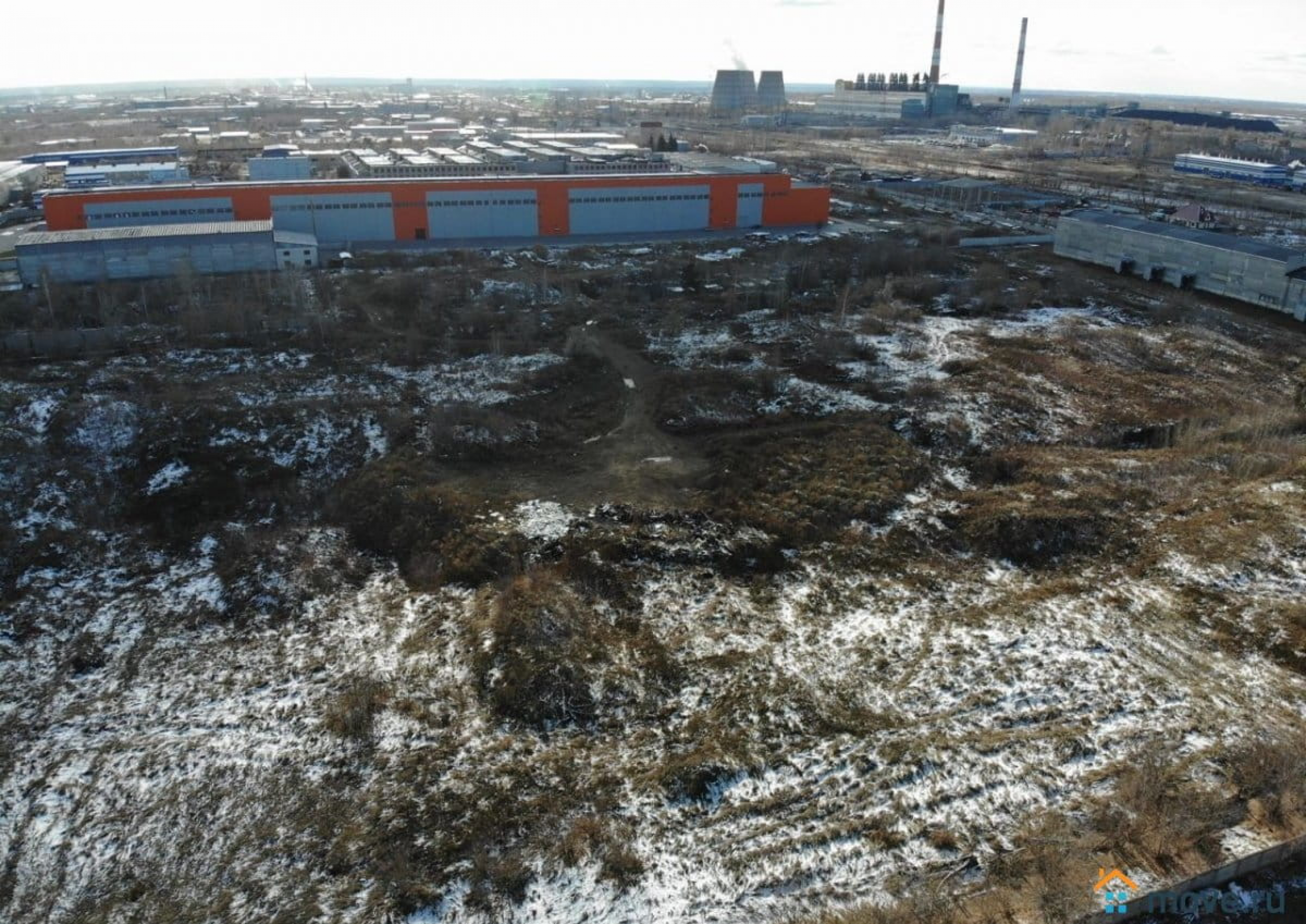 the Accumulation in soil is harmful to living organisms, substances causing change in the biological properties of the soil and the appearance of toxic properties. Under the soil toxicity is commonly understood as decline the test object in the test soil or soil extract compared to control.

Main idea to study the physico-chemical soil characteristics and to determine the level of toxicity in the city of Barnaul.

the water bodies located in an urban environment or in the vicinity of the city, experiencing a range of negative effects arising from human activities. Often near bodies of water to see the enormous amount of household waste that is not transported and degraded.   People use water not only for bathing but also for domestic purposes.

In contaminated ponds, lakes and rivers, lost the ability to cleanse itself, the water is oxygen-depleted, and the sediment represent the poisonous, heavily restored substrate uninhabitable for benthic animals.

Therefore, we believe the actual monitoring of water quality of water bodies located in the vicinity of our city. 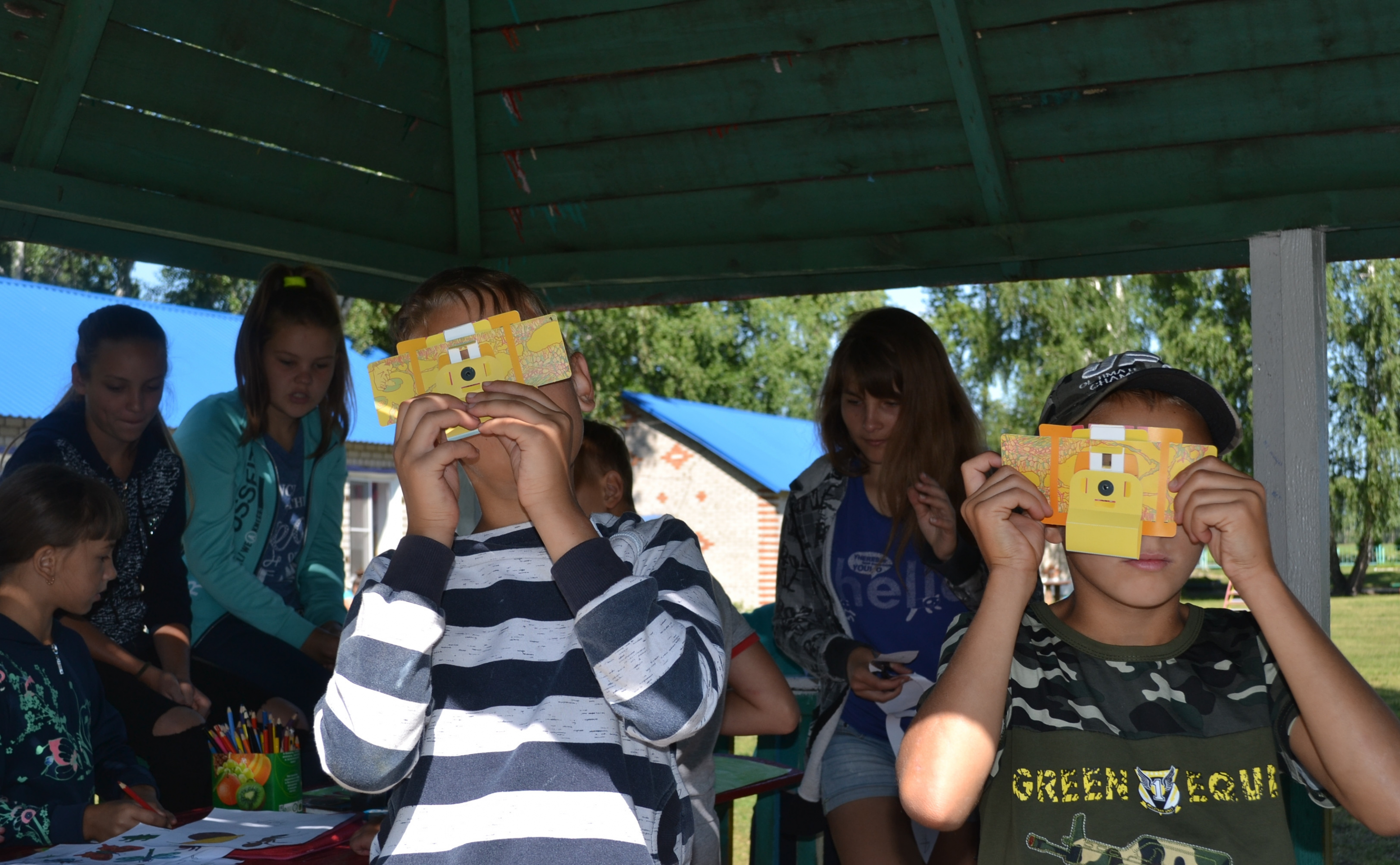 28 March 2020
Contests
Ecological monitoring of the environment around with. Tyumentsevo Tyumentsevskogo district

Land-air environment is a human environment. Under the influence of local conditions (shallow topography, soil characteristics, vegetation cover) are created in special conditions, called microclimates. In different phytocoenotic conditions (forest, meadow, planted agro-ecosystem, etc.) clearly shows the influence of vegetation on microclimate in the atmospheric surface layer (for example, in the forest extinguished by the wind, there is a high humidity). In the habitats of human “work” natural microclimatic factors. On the front there is a powerful anthropogenic factor. Its basic ingredients – the asphalt surface of the soil, stone and concrete walls of buildings, busy roads, pipes of heating mains, plants and other structures, heat sources and aerosol pollution. As a result, even the microclimate of cities is specific: the temperature above, below the level of insolation, often there are fogs.

Soil is a crucial component of all terrestrial communities and the Earth's biosphere as a whole, through the soil cover of the Earth are numerous ecological connection of all living on earth and in earth organisms (including humans) with the lithosphere, hydrosphere and atmosphere. A man plants plants and breeds livestock - is necessary for life, but also pollute the soil. Infection of man through contaminated soil may occur under a variety of circumstances: during the tillage, harvesting, construction work and other conditions, causing usebr nature and their health.

the District center Tyumentsevo Tyumentsevskoe district of the Altai territory is located in the picturesque confluence of two rivers - Cheremshanki and mole crickets. But the area is constantly exposed to anthropogenic impact of illegal dumping, the dumping of waste in coastal areas, grazing on pastures not - are powerful pollutants. As shown by our previous study, is no exception and territriya Salted sanctuary. Not naked eye visible accumulation of household garbage in the reserve between the trees on the banks, a lot of plastic in the water, near the village of the river thickets "aliens": a thicket of maple, American, echinocystis lobed, Elaeagnus angustifolia, parsnip seed. This is only visible changes are the result of human activity, which, perhaps he did not realize. 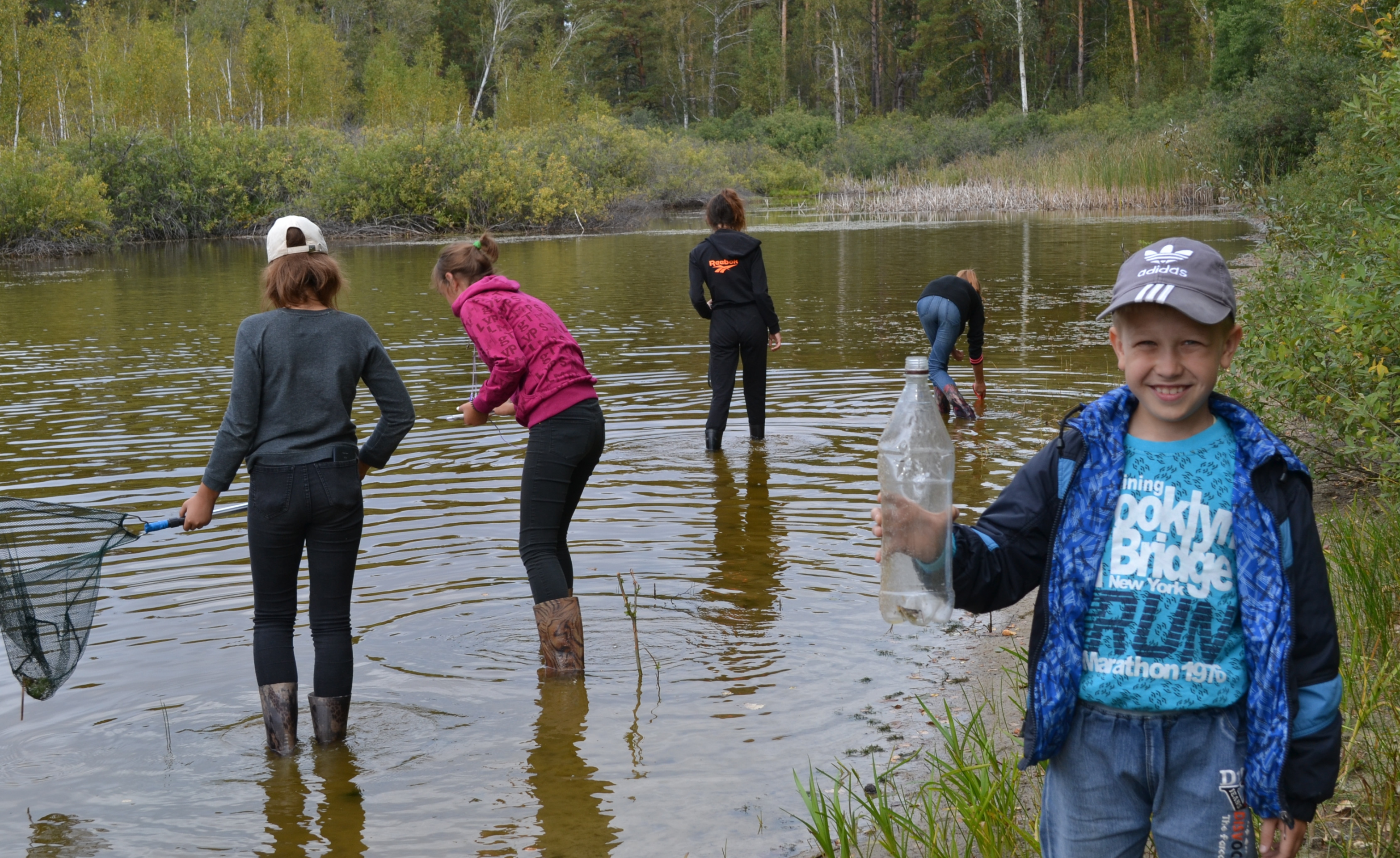 Water is a valuable natural resource. It plays a crucial role in the metabolic processes that form the basis of life. The growth of cities, the rapid development of industry, intensification of agriculture, improvement of cultural and living conditions and other factors more complicates the problem of water supply.

the District center Tyumentsevskoe Tyumentsevo of Altai region is situated at the confluence of two rivers - Cheremshanki and mole crickets in the vicinity of the village there is a lake, located in the vicinity of artificial water reservoir "Spill". All these water bodies subjected to anthropogenic impact. As shown by our previous study, is no exception and reservoirs  Kulundinsky reserve – R. Kulunda in its upper reaches and a series of lakes.  Not naked eye visible accumulation of household garbage on the banks, a lot of plastic in the water, near the village of the river thickets "aliens": a thicket of maple, American, echinocystis lobed, Elaeagnus angustifolia, parsnip seed. The reservoirs are tightened Tina, shrinking, stray cattle found near water. Pond snail common - abundant inhabitant of small ponds. This is only visible changes are the result of human activity, which, perhaps he did not realize.

the Aim of our  work is the study of the chemical composition and properties of  water of the lake of Babylon, and soil adjacent to the lake areas.

accordingly,  we have set ourselves the following tasks:

Relevance we have chosen themes that this work has not been done previously on this specially-protected area. 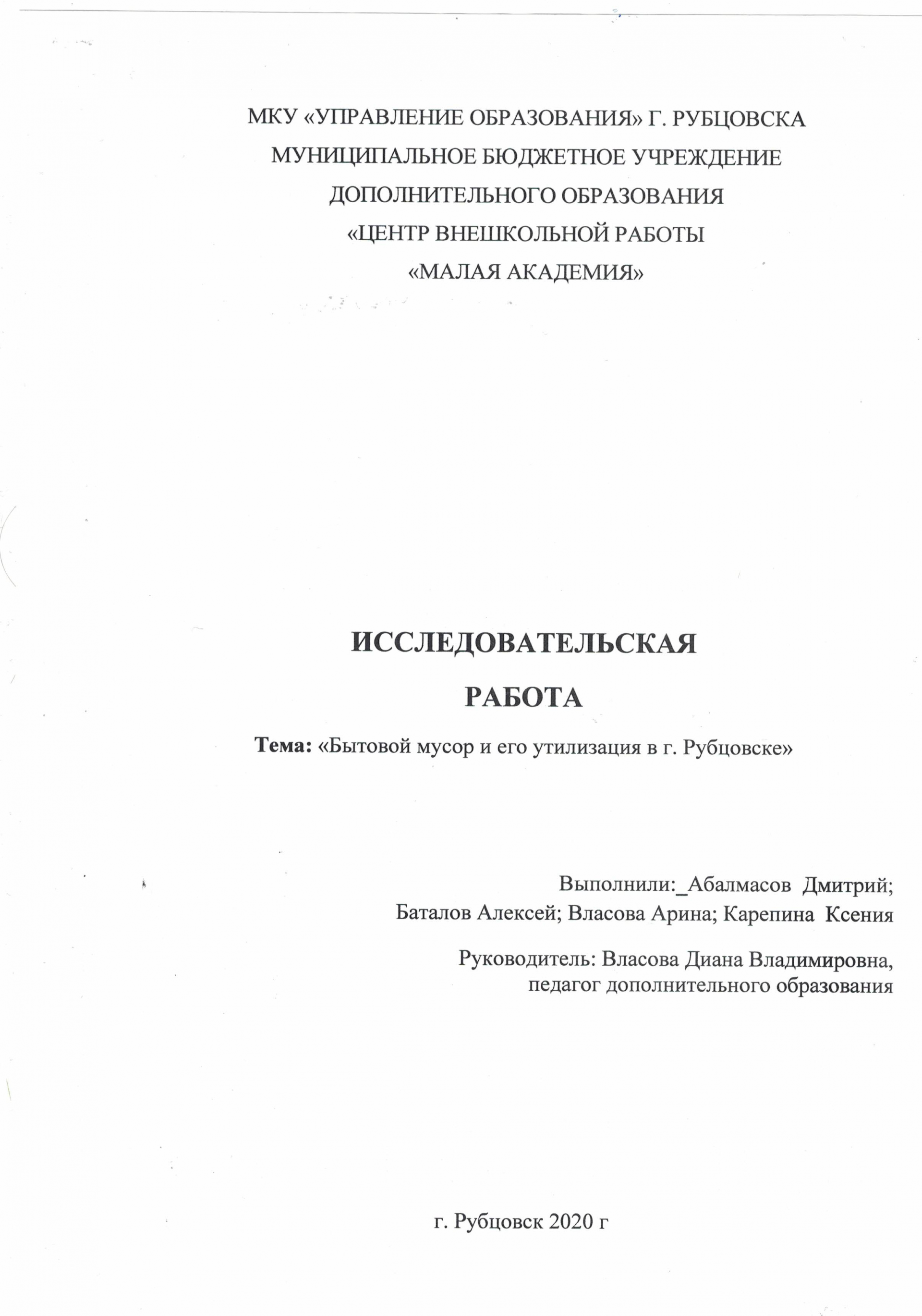 are There ways and solutions by which the city will be cleaner? 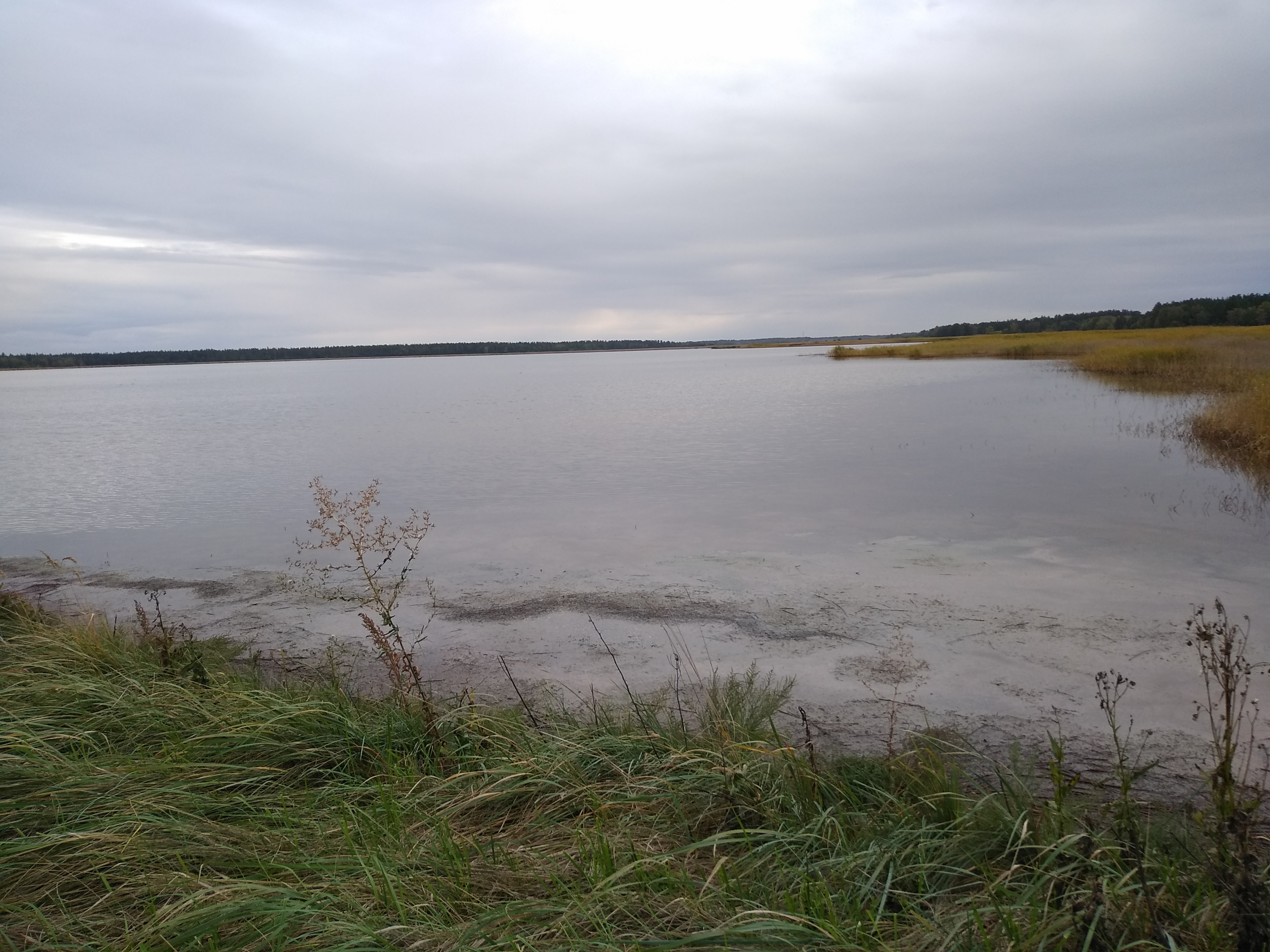 At the beginning of the XX century N. M. Yadrintsev came to the conclusion that the area of the lakes of Western Siberia is under continuous desiccation. V. V. Dokuchaev and his student G. I. Tanfilev prove that the water level in these lakes undergoes periodic fluctuations. And no shrinkage no. In our work we will try on the example Petukhovskoe soda lake, as the most studied in geological terms, to test this theory.

on the Basis of relevance, the aim of our work was to monitor Petukhovskoe soda lake to change the level of the brine.